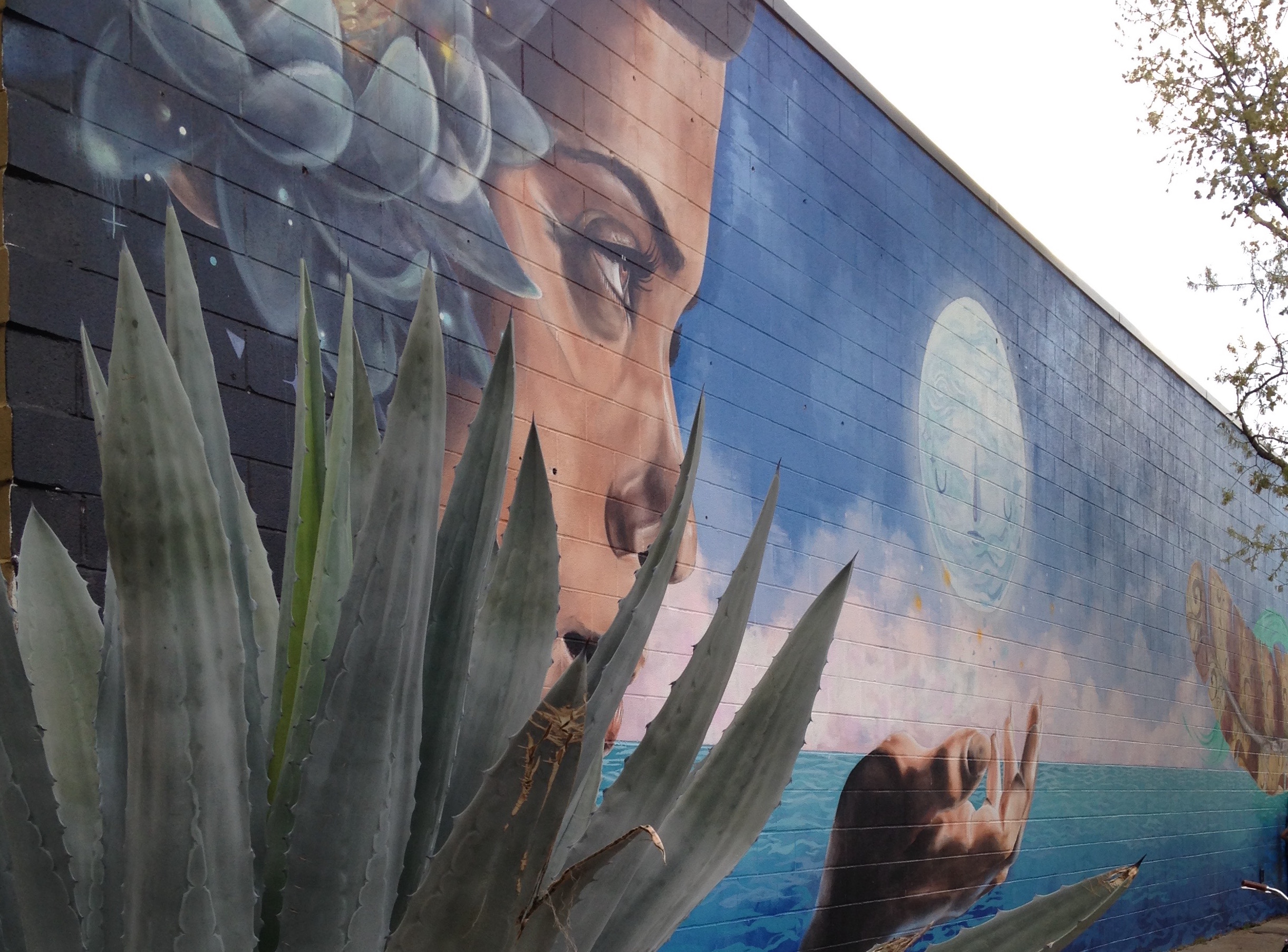 Well, South By South West has officially come and gone. After all the anticipation and planning, the let lag has worn off and I’m back in Rochester. And I am proud to say that I believe I soaked up every single ounce of the experience! From the sessions that taught me so much, to the session that were tons to fun, to the unexpected opportunities and thrills, and even the amazing food…everything added up to one incredible, unforgettable, and exhausting experience. So, lets break down the week so I don’t leave anything out!

We took off for Austin from the Rochester Airport at 8 AM. After a layover in Charlotte, NC and a second flight that made me fear for my life, we landed in Austin. After checking into our hotel, we headed for the Austin Convention Center to pick up our SXSW badges (your most valuable possession for the next 5 days). As far as food, our goal for the trip was to try as many different types as possible. So we started out strong with Mexican Food, and then it was time to head back to the hotel and rest up for the first day of the Interactive Festival!

I awoke to awesome news! I had been one of the lucky few to win a random raffle drawing to get to see President Obama’s keynote address. One of my coworkers had gotten in as well, so we headed for the Palmer Event Center in downtown Austin. After asking a nice bicycle shop owner to hold onto my backpack and laptop (I couldn’t bring it into the building according to security) I had the interesting experience of getting searched by Secret Service. Never thought I would say that! After getting cleared by several levels of security, we found our seats and had the extreme pleasure of hearing the opening keynote speaker Casey Gerald (CEO of MBAs Across America) give his talk. I’m not sure I’ve heard anyone speak so eloquently and passionately. Gerald was such an inspiration to not only do good work, but to do work that is serving the greater good.

And then it was time, the President walked onto the stage to thunderous applause (despite being late because me made a taco stop)! Along with this interviewer, Obama discussed how he needs those of us in the tech world to help answer the call of the United States. To get involved with government websites, counter terrorism, and helping everyone in our country have equal access to technology.

After we watched the President’s motorcade drive off amongst much pomp and circumstance, I had just enough time to make it to my last session of the day “Breaking Beauty: Disruptive Technology and Cosmetics” with Adriana Coppola from SapientNitro’s London office. The session discussed the deplorable practices of the beauty industry, how it perpetuates beauty myths, and how new technology and social media is both combatting and adding to that culture.

Later that night we attended the SXSW Interactive Opening Party. And from there I found myself somehow at a secret Ludacris concert in downtown Austin listening to him rap some of my favorite classic songs while I tried not to cry with glee! Needless to say, SXSW started out with a bang!

I got straight into the sessions with “Modern Brand Love: How to Co-Create and Have a POV.” This was an awesome panel discussion with the three main team members who worked together on a huge collaborative project for Citi Bank. Each represented the 3 facets of the project: branding (Amy Cotteleer of A2G), unique content creation (Devin Graham the famous YouTuber), and social outreach/marketing (Heather Dahill of Citi Bank).

Next it was on to “Six Things Every Designer Should Do Right Now” with Paul Trani. This session was one of the many sessions put on by Adobe, so naturally, it was fantastic! This was followed by another amazing Adobe session called “Creating Lasting Branding Systems” with Sonya Hernandez of Adobe’s internal design and branding team. She took us through her team’s process of designing the identities for all of Adobe’s numerous programs and platforms while keeping everything consistent and providing longevity.

Then I caught some of “How to Create a Collaborative Comic Book Jam” which actually provide some great insight into content sharing on Instagram. I also made it over to the Game of Thrones exhibit and naturally had to take a picture on the iron throne. And then I laughed for about a full hour at a panel discussion with the cast of Silicon Valley. My coworkers and I then had an epic night of food truck explorations and took in an amazing Comedy showcase hosted by Natasha Leggero (who I love)!

There wasn’t much going on until around 11:00 on Sunday, so we got some much needed extra sleep. I started off my day with a great meet up for makers with passionate side projects and got to talk to people that are doing really amazing things (and of course show off Dear She).

Then I headed to one of my favorite sessions of the trip “Fuck No. Shit Yeah! Damn Right?” with Michael Nieling of Ocupop. Through a fun and charismatic display or antics (including pelting him with foam balls), Nieling managed to give great advice about doing what you love and loving what you do on your own terms.

Next I headed to the Austin Convention Center for what was perhaps my most inspiring and relatable session. “Elephant in the Valley” was a panel discussion with some of the women behind the Elephant in the Valley project; Meghan Smith (CTO of the US), Trae Vassallow (Investor), Laura Powers (CEO of CODE2040), and lead by Michele Madansky (Consultant). These 4 incredible women gave an enlightening, motivating, and moving presentation about the state of women in the tech world and women in the workplace. (I will be blogging more about this later!)

And thanks to some ingenious seat saving, my next adventure was getting to see the man, the myth, the legend; Anthony Bourdain! The talk brought us clips from the new season of Parts Unknown, hilarious anecdotes, moving stories, and some very honest, real moments about Bourdain’s perception of the world.

My last session of the day was another panel discussion with a social media expert, a PR pro, a film director, and a brand manager called “Stay True to Your Craft and Online Brand.” This session provided some great insight into growing your personal brand and remaining true to yourself and your passions. Then despite my fears that the restaurant was actually a cover for the mob, my team and I had our first experience with Russian Food (while 1980s Russian music videos played in the background). We followed this up with a ride on the “Mr. Robot” ferris wheel!

Day five offered up some great session, starting with a workshop called “Get and Give Better Design Feedback Trough Critique.” This session offered a ton a real world applications and skill building exercises. Next I had the divine privilege of listening to the VP of Pantone Color, Laurie Pressman, talk color theory in “The Psychology of Color and Thinking for Better Design.” She was joined by Mikel Cirkus of Firmenich, and after hearing both of them speak I think I can actually taste color now!

Next I caught the “Design in Tech Report” with John Maeda and learned a lot about the world of graphic design and its growing importance as a craft and increased involvement with technology. I followed this up with a great meet up for self publishers to talk about Dear She!

After that, I watched several amazing creators present their work PechaKucha style through Ignite SXSW. If you have ever witnessed a PK, then you know what I mean when I say is was exciting. And if you have ever DONE a PK, then you know what I mean you I say that I was literally stressed out for them! And to end my day of sessions I went to a great meet up for female business leaders. Here I met a woman who built a machine that can produce shooting stars on demand from space…So I feel like a slacker, how about you?

Feeling quite exhausted from all of our activities, my colleagues and I took in a movie after a long awaited date with some killer sushi. Although I will say, since the state of Texas serves a variety of beer in their movie theaters, saying you’re going to the movies doesn’t necessarily imply a low key night to a Texan.

And that my friends, wraps up one hell of a week. SXSW was one of the most amazing things I have done in my professional career. I learned so much and had a chance to be surrounded by so many like minded people that share my passion and drive for design. I also managed to check off some life bucket list items and have an amazing time. I hope that I will be able to go again in the future. Because it doesn’t matter how long you’ve been out of school or how much experience you have. Learning and growing as a designer and continuing your education is always important and rewarding. And…you know…I got to see Obama and Ludacris in the same day! So worth the death plane I had to take to get there! 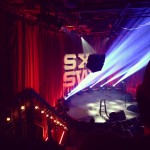 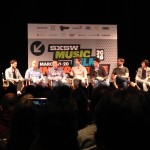 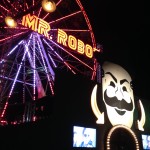 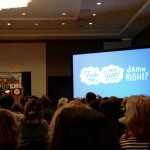 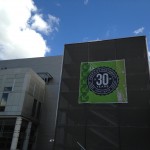 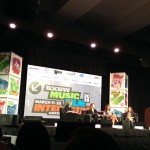 Elephant in the Valley Pannel 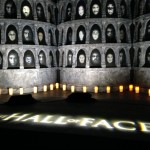 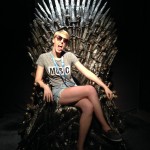 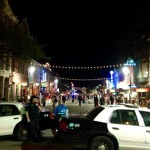